Anxiety is in vogue. It used to be the Birkin bag that was in vogue, but now it’s good old fashioned, heart palpitating panic.  Everyone is having panic attacks, Emma Stone, Johnny Depp, Adele…They’re all confessing their struggles with “mental illness” in the press and we’re eating it up like candy-covered Prozac. 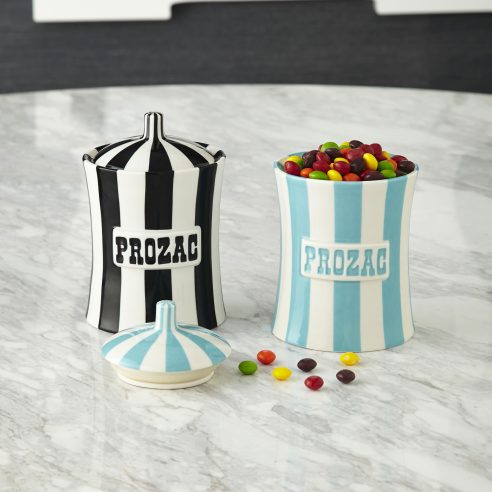 Amanda Seyfried told Glamour Magazine, “I still do get terribly nervous, and that’s partly due to the fact I think too much and overanalyze things. I’ll start worrying about my parents or my dog, and I’ll picture him opening the window of my apartment and falling out, even though I can’t get that thing open myself.”

Kristen Stewart told Marie Claire, “Between the ages of 15 and 20, it was really intense. I was constantly anxious. I was kind of a control freak. If I didn’t know how something was going to turn out, I would make myself ill, or just be locked up or inhibited in a way that was really debilitating.”

It’s not just the big name celebs that suffer from anxiety; some lesser knowns have hopped on the band wagon. I’m a stand-up comedian and one of my favorite comics is Dana Gould.  Not just because he is irreverent and clever but he is also from Boston (wicked pissa!).  I listen to his podcast religiously.  On his podcast was comedian/author, Sara Benincasa

Sara wrote a book called, Agorafabulous: Dispatches from My Bedroom.  In her interview she talked about having such bad panic attacks in her 20’s that she had a fear of having a panic attack while outside her apartment so became agoraphobic.

She also told Dana that now in her 30’s she no longer has anxiety, which makes me a wee bit suspicious of her compulsion to raise awareness for something she hasn’t suffered from for a very long time.

So what is going on here with these celebrities? Are they wheeling their anxiety out to gain sympathy so we will watch their movies, listen to their music or buy their books?  I think definitely there is some of that going on.  Some have mental breakdowns when their star is fading or they’re trying to gain notoriety.

I don’t mean to say that these celebrities’ pain isn’t real and they didn’t suffer from anxiety. It’s not uncommon.  About 1 in 4 of us have had bouts of anxiety and depression.

I was diagnosed at 18 with generalized anxiety disorder. In my 20’s I got on a litany of anti-depressants such as Paxil, Lexapro and Wellbutrin. On top of that I took copious amounts of anti-anxiety medications such as Clonazepam, Attivan, Xanax, Valium as well as any opiate I could find. I did not discriminate. I also became addicted.

It was only when I found myself in a sexless marriage to a gay man and wanting children that I decided to quit all the drugs and alcohol I was doing so I could get pregnant. I know, real solid thought process there.

So I quit cold turkey and found myself driving down a one way street the wrong way and having a seizure. It was rehab for me!

I tell you this story because I thought my anxiety was to blame for ALL my problems. My anxiety was but a symptom of an underlying issue which was addiction/alcoholism (and pepper in some trauma).

I am now sober over 11 years and through my 12-step work I realized that my anxiety was really just self-centered fear. Miraculously, when I got out of my self-centeredness and helped another human being, my fear and anxiety went away.

When one is anxious they’re living in the future and not in the present moment. Eckhart Tolle (author of the Power of Now) suffered from crippling anxiety and depression and literally became a recluse until he realized that his only problem was that he wasn’t living in the here and now.

Along with not living in the present my head turns on me like an informant when having a panic attack. My negative thoughts spiral into chicken-little doomsday scenarios.  Through meditation and mindfulness I trained my mind to “not go there.”

But what really obliterated my anxiety was something I learned in recovery which was to turn my will and life over to care of a higher power. That was a big relief for me because I could now just give all my worries and fears to my higher power and (s)he would take care of them for me. There was no longer a need to manage and control my own life! 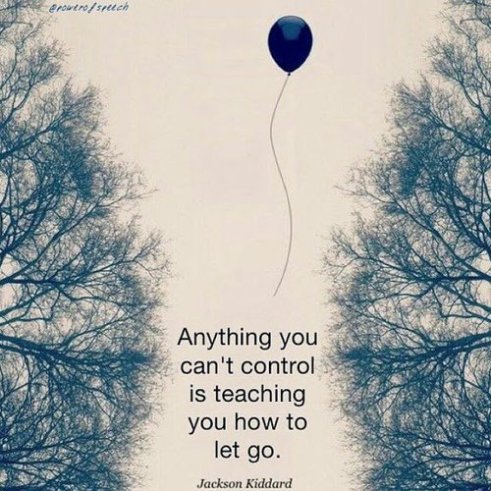 In a perfect world, these celebrities wouldn’t parade their anxiety thus making “mental illness” the must-have fall accessory. I’m praying for the day when selflessness and spiritual solutions are all the rage instead.